Time for a brake refurb update (part 1 is here).

So rather than letting Audi screw me for some tiny pieces of rubber I sent a dust-boot, seal and one of the guide pin bushes to Bigg Red. The following day they called me to say they had matches for everything and that four of each would only be £29 + postage!! Bargain. 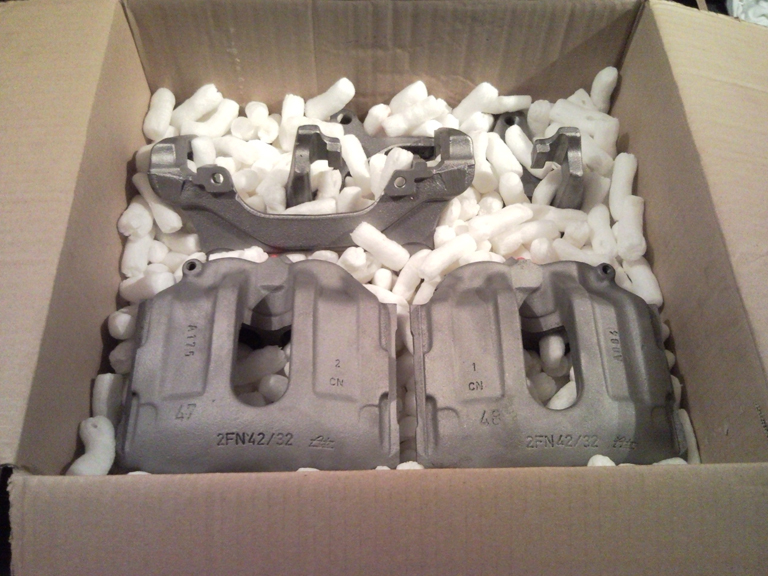 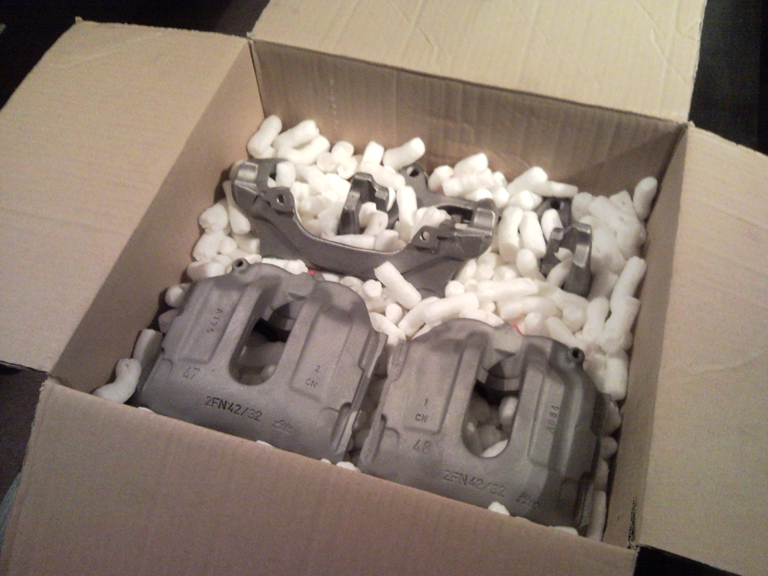 I then dropped them off at my local powder coaters. The guy said if I put £30 cash in his hand, they’d be ready for me the next day. Sounded like a good deal to me! So while he had the calipers I decided to tidy up the discs and set the Dremel loose on a few other bits… 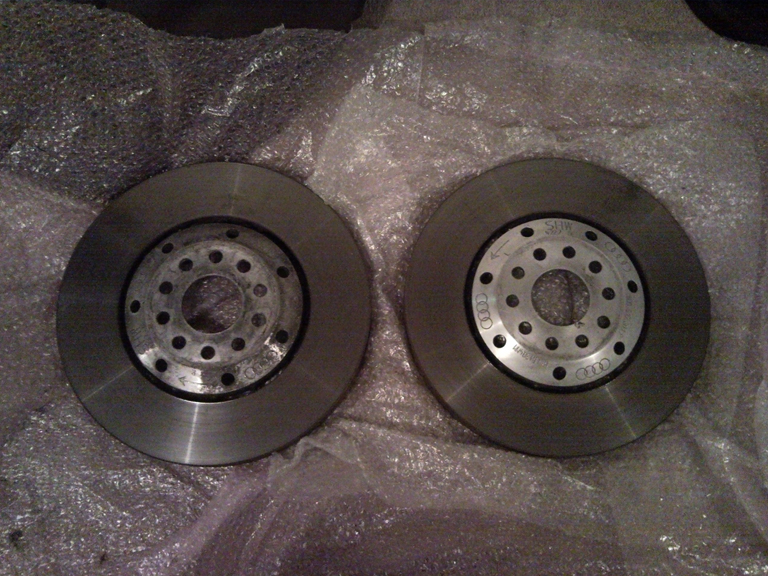 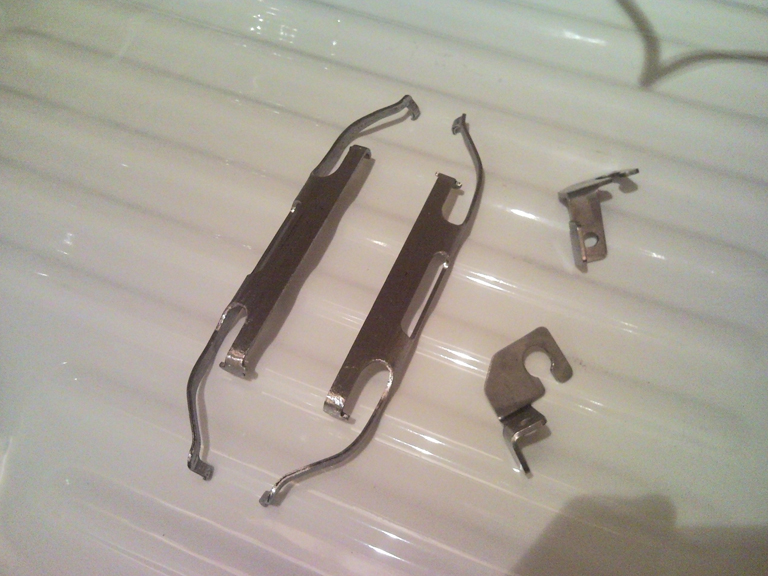 And here’s the calipers and carriers after I picked them up from the powder coaters. They were ready the next morning, and still warm! Was really impressed. 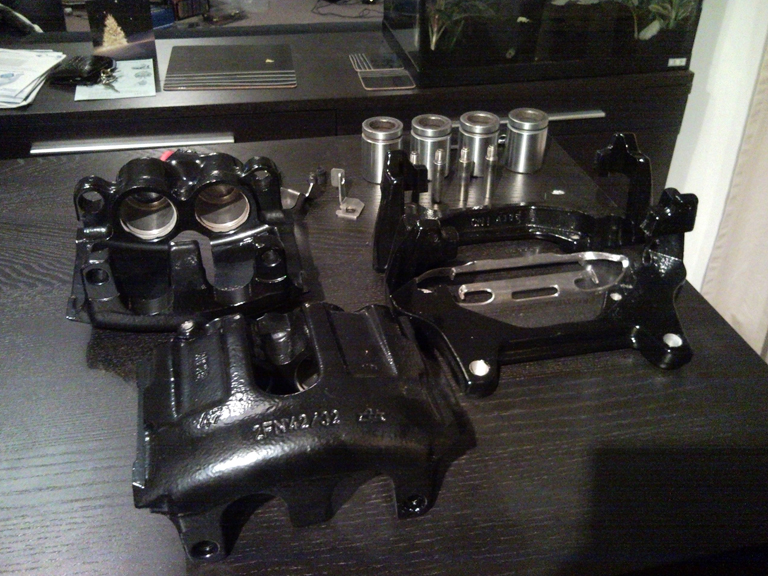 So that’s the basics as to what’s involved in a B5 RS4 caliper refurb/rebuild. Gonna put everything together tomorrow night and should hopefully be fitted Saturday.